An award-winning haunting crime novel set in Glacier National Park about a man who finds himself at odds with the dark heart of the wild—and the even darker heart of human nature.

It was a clear night in Glacier National Park. Fourteen-year-old Ted Systead and his father were camping beneath the rugged peaks and starlit skies when something unimaginable happened: a grizzly bear attacked Ted’s father and dragged him to his death.

Now, twenty years later, as Special Agent for the Department of the Interior, Ted gets called back to investigate a crime that mirrors the horror of that night. Except this time, the victim was tied to a tree before the mauling. Ted teams up with one of the park officers—a man named Monty, whose pleasant exterior masks an all-too-vivid knowledge of the hazardous terrain surrounding them. Residents of the area turn out to be suspicious of outsiders and less than forthcoming. Their intimate connection to the wild forces them to confront nature, and their fellow man, with equal measures of reverence and ruthlessness.

As the case progresses with no clear answers, more than human life is at stake—including that of the majestic creature responsible for the attack. Ted’s search for the truth ends up leading him deeper into the wilderness than he ever imagined, on the trail of a killer, until he reaches a shocking and unexpected personal conclusion.

As intriguing and alluring as bestselling crime novels by C.J. Box, Louise Penny, and William Kent Krueger, as atmospheric and evocative as the nature writing of John Krakauer and Cheryl Strayed, The Wild Inside is a gripping debut novel about the perilous, unforgiving intersection between man and nature.

Reviews of The Wild Inside:

THE CHICAGO TRIBUNE recommends The Wild Inside.

“Evocative debut….Carbo paints a moving picture of complex, flawed people fighting to make their way in a wilderness where little is black or white, except the smoky chiaroscuro of the sweeping Montana sky.” – PUBLISHERS WEEKLY

“Sharp, introspective Systead is a strong series lead, and Carbo rolls out solid procedural details…. The grittiness of the poverty-wracked area surrounding Glacier plays against the park’s dangerous beauty in this dark foray into the wilderness subgenre.” – BOOKLIST

“Wow. WOW!! Set in the beautiful National Park, Glacier….it will knock your socks off. I found myself rereading entire chapters because I didn’t want it to end. Even without the setting, the plot will grab you and you will be hooked…. This book is going on my ‘Keep Forever Shelf’.” – BOOKWORKS REVIEWER, Edelweiss Team

“An intense and thoroughly enjoyable thrill ride. Christine Carbo’s literary voice echoes with her love of nature, her knowledge of its brutality, and the wild and beautiful locale of Montana. The Wild Inside is a tour de force of suspense that will leave you breathlessly turnings the pages late into the night.” – Linda Castillo, NY Times Bestselling Author of The Dead Will Tell

“This one starts off with a horrifying reality that stays in your mind long after you’ve put the book down. I am still thinking about it. Prepare to run the gamut of emotions with this fine treat of a story; then, be on the lookout for more from this fresh, new voice in the thriller genre!” – Steve Berry, NY Times Bestselling Author

“Fans of Nevada Barr will love this tense, atmospheric thriller with its majestic Glacier National Park setting. The Wild Inside is a stunning debut!” – Deborah Crombie, NY Times Bestselling Author of To Dwell In Darkness

“The brutality and fragility of Glacier National Park’s wilderness provides the perfect backdrop for this well-crafted, absorbing novel about the barbarities and kindnesses of the humans living on its edge. Christine Carbo is a writer to watch.” – Tawni O’Dell, NY Times Bestselling Author

“As haunting and vivid as the scenery it depicts, THE WILD INSIDE is a masterful portrait of the savagery of nature–both the great untamed outdoors and the human soul. Highly recommended.” – Kira Peikoff, Author of DIE AGAIN TOMORROW

Christine Carbo is a teacher and writer living in Whitefish, Montana with her husband, Jamie, their three kids, one dog and one cat. Her love of Glacier National Park inspired her first novel, The Wild Inside, which was published in early 2015 by Atria Books / Simon and Schuster. 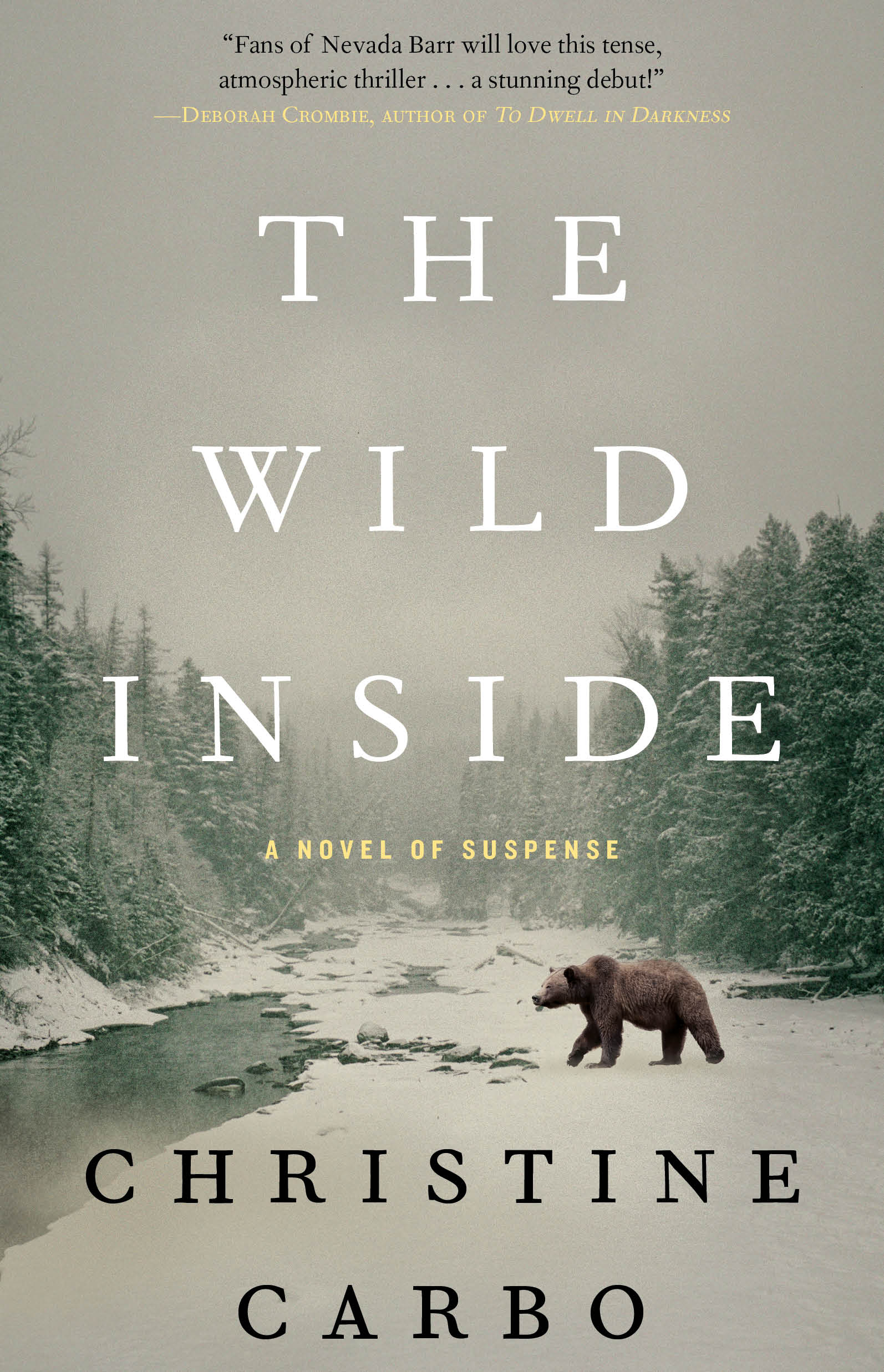